We're the Real Estate Leaders. No one in the world sells more real estate than RE/MAX. Averaging three times the production

and more advanced industry education than other agents, RE/MAX Associates are truly "The Real Estate Leaders®" in quality customer service. Customer satisfaction is reflected in their high, industry-leading rate of repeat and referral business.

Belonging to the real estate network with the most market presence and market share, RE/MAX Associates have the most to offer you.

So, take a step in the right direction and Contact me today for a free consultation.

RE/MAX at a glance: 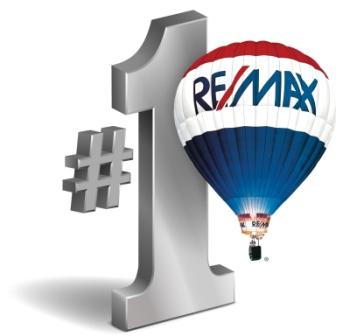 In exchange for paying a management fee and a share of the monthly office overhead, RE/MAX Associates keep the maximum allowed amount of their commissions and receive the many benefits of RE/MAX programs and services.

As the network grew, renowned for its top producers and quality service to consumers, so did support programs, making RE/MAX a dynamic force in real estate education and technology.

RE/MAX commitment to its membership has led to an ever-increasing number of accolades from the business community at large, including selection of RE/MAX as the best in the business. In its annual ranking of top franchises, Entrepreneur magazine named RE/MAX the number one real estate services franchise in 2000. On the consumer front, Worth magazine honored RE/MAX in both 1999 and 2000 with its prestigious "Readers' Choice" award as the best real estate brokerage.

Community involvement is highly valued at all levels of the RE/MAX organization - from individual Associates to RE/MAX offices, regions, and RE/MAX International.

RE/MAX cause marketing and charity fund raising take on many forms:

All these venues and more represent the RE/MAX network's commitment to community involvement, serving the public beyond its real estate needs.